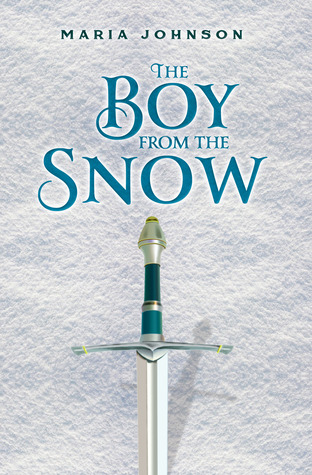 Author of The Boy from the Snow, Maria Johnson, was kind enough to take some time to answer some questions I had for her about her book and writing style!

What caused you to write a historical fiction novel? Particularly one set in Northwest Celtic England?

My novel ‘The Boy from the Snow’ is really all about my main character Daniel and telling his story, which I’ve had in my head since I was a child. I knew Daniel would’ve lived hundreds of years ago, so that’s what drew me to historical fiction. After that, it was about finding out where he would fit best into history. After looking up a few different historical periods, I decided on Celtic England, specifically 590 AD. In that period of history there are warring kings and rival kingdoms, which is an important aspect of the story.

As for the location, I’m based in the North West and have spent several happy holidays in the Lake District, so I knew it would be a wonderful place to set Daniel’s story and fits well with the plot. Whilst the smaller kingdoms of Klumeck and Gaeson are fictional, the wider kingdom of Rheged, spanning most of what we know now as Cumbria in NW England, really existed.

Do you have a special connection with any of the characters?

Yes! My connection with Daniel, the main character, began years ago when I was a child. When I was about 7, my brother had Lego. While he was would be building all sorts of things, I used to take the little yellow people and make up stories about them. One of them was a soldier character who used to be a stable boy when he was growing up- that’s when the character of Daniel was born. I also came up with the characters of Princess Evelyn and King Cedric, who feature heavily in the book.

As a female, did you find it more difficult to put yourself in Daniel's shoes?

Not really, no! Perhaps it’s because I feel like I’ve known Daniel since I was 7, so I didn’t find that aspects of him were particularly difficult to write.

How long did you research and what things did you discover in your research?

The research process took quite a while! It was quite a long time before I started writing, then also I kept dipping back into research as I went along. I absolutely loved researching, as it really helped put colours onto the word I’d been building and imagining. I’ve really loved the idea of having Daniel be a stepping board into a wider world of history. I’ve learned things about the period, especially battles of the time and King Urien, who was the supreme king of Rheged (the bigger Northwest Celtic Kingdom where the book is based) that I never would’ve discovered otherwise.

Princess Evelyn is a strong-willed character. Did you draw inspiration on someone to help build her independent personality?

As far as I’m aware I wasn’t drawing on anyone specific at the time, but thinking about it in recent years I probably subconsciously based Evelyn on the characters of Arwen and Eowyn from ‘The Lord of the Rings’. Both are strong, royal characters who have independent wills.

Another character I definitely know I drew my own inspiration from was the character of Aife, one of Daniel’s oldest friends and one of the foremost warriors in Gaeson’s army. She’s been one of my favourite characters to write and is especially gifted with a bow and arrow, so you wouldn’t want to mess with her! In my head Aife is a mix between the character of Tauriel from the Hobbit films and Katniss from The Hunger Games.

What kind of books do you generally read? Are there any books (or authors) that you feel inspired by when you're writing?

Writing historical fiction has definitely awakened a passion in me for reading that genre, which I’m thrilled about. I absolutely love the balance between it being our own world that I’m reading about, but so different from the one we know today that it feels like fantasy. I’m currently loving reading Annie Whitehead’s novel ‘To Be a Queen’, telling the story of Aethelflaed, daughter of Alfred the Great. This year I’ve also read the novel ‘Osbert’ by RA Currier, telling the story of a shepherd in Medieval England which was absolutely magnificent.

As I’ve mentioned Lord of the Rings has definitely inspired my writing and remains one of my favourite novels.

What can we look forward to seeing from you in the future?

In September I signed a contract with my publishers, Olympia, to publish ‘The Veiled Wolf’, the sequel to ‘The Boy from the Snow’. Hopefully it will be published maybe in the autumn next year, but there isn’t a confirmed publication date yet.

The sequel is set a little over a year after the end of my first book. When their plans to retake a kingdom now in the hands of the enemy go awry, Daniel discovers there may be a spy in Gaeson, known only as ‘the Wolf’. The more Daniel attempts to solve the identity of this veiled agent, the more he starts do doubt those closest to him. After the Veiled Wolf threatens to destroy those he loves, however, Daniel must act quickly before all he cares for is lost.

I’m also about 2/3 way through my first draft of a 3rd novel continuing Daniel’s story, set four years after the end of ‘The Veiled Wolf’ so hopefully this too might be published in future years.

Any advice for aspiring writers?

This may sound like a cliché, but don’t give up on your writing. It’s just over two years since I opened up the email from Olympia offering publication and it really has changed my life! I can still remember pressing the submit button on their online form, probably already believing it would already be a no… but it wasn’t. It’s so easy not to have any confidence in your writing or think that publication can never be an option, but there might come a day when you find an acceptance email in your inbox, too. One of the things I’ve learned as a writer is to develop the ‘author’s voice’ which allows a writer to tell their story in a voice that is uniquely yours. So never give up writing, writers- because nobody can tell a story quite the way you can!
Posted by Caroline Vaught at 9:02 PM

Email ThisBlogThis!Share to TwitterShare to FacebookShare to Pinterest
Labels: interview