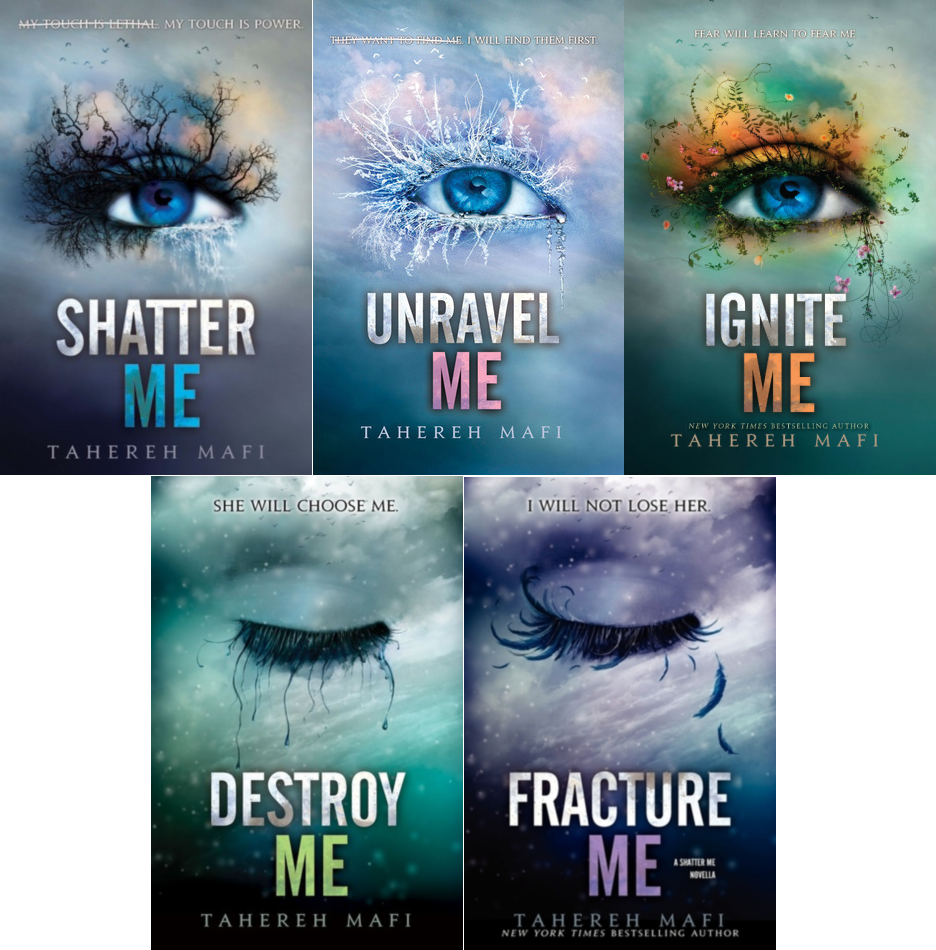 I want to start off by saying that these covers are probably the most beautiful book covers I've seen. Now, this series is...amazing. The book revolves around Juliette, who has been locked up in an insane asylum where she has not been in contact with anyone for almost a year until she gets a cellmate...a male cellmate. Did I mention that she knows him? Juliette cannot touch anyone, because she has a power that causes her to sap the energy out of someone until they die. When she is released, she finds herself under the watchful eyes of Warner, who seems to have taken an unusual interest in her. This trilogy is full of so many ups and downs that I can't even begin to describe it. By the end of Ignite Me, you'll find yourself hoping for things you would have scoffed at in the first two books. This series was one of my top 3 series from last year, so I hope you enjoy it like I did!
Posted by Caroline Vaught at 9:49 PM